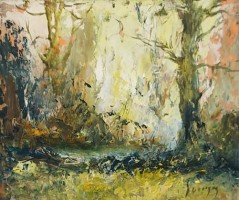 Light through the trees, after the rain 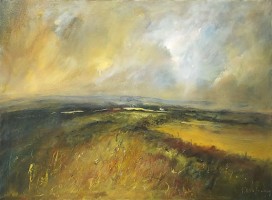 Homestead on the moor 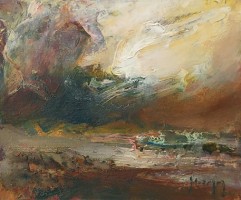 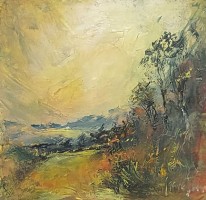 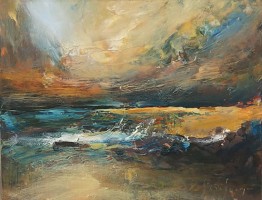 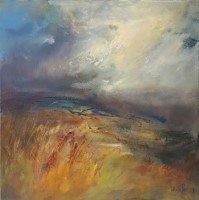 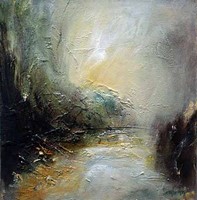 Light, in whatever form 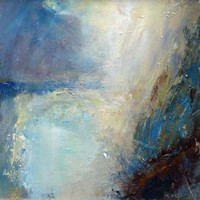 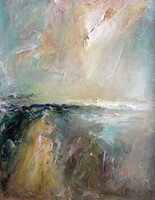 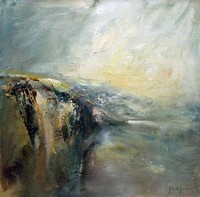 A moment worth holding 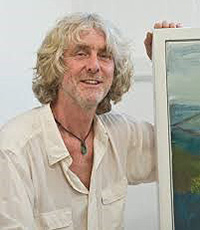 Steve is from The Black Country and later lived in the Cotswolds. Moving to Cornwall, in 1970, he joined an art group under John Miller for a brief period. Painting began to feature as a main interest in his life, with periodic encouragement from John through the next two decades.
Turner was an obvious influence during the early years. Many atmospheric watercolours found their way into collections worldwide.  The Land remains the prime inspiration for his work, although the human form tends to creep in occasionally, albeit subliminally.
His work is now often far from realism, with an emotional intensity that is self-evident.  His shows are always colourful, with most pieces hallmarked by a deep sense of mystery.  Since 2009 Steve has been featured in the UK national Art A-level syllabus - in particular for his use of light.