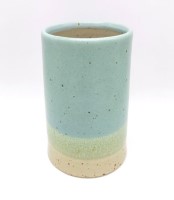 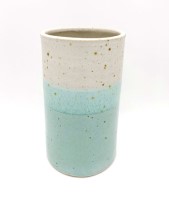 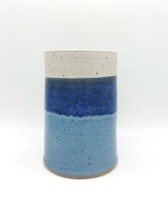 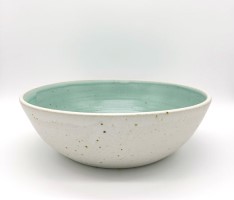 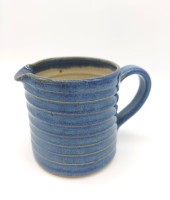 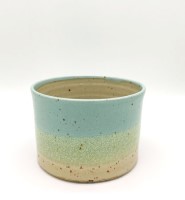 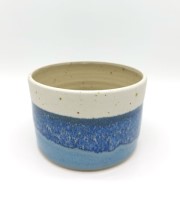 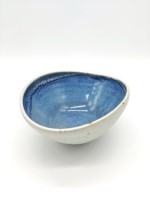 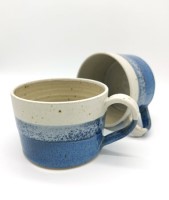 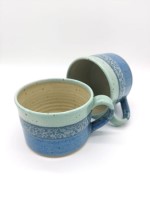 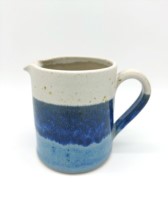 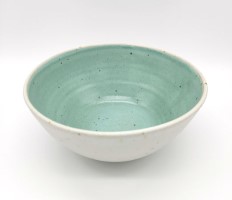 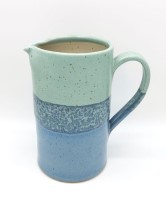 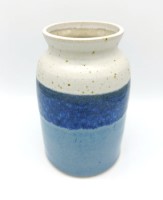 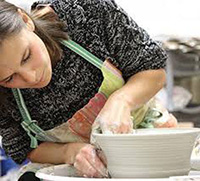 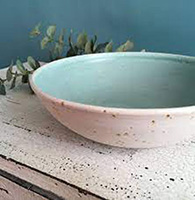 Emily’s modern rustic ceramics are made by hand using traditional techniques on the wheel, leaving visible the natural throwing rings and ridges to create tactile pots full of movement. The pots are glazed in a range of coastal tones, from greeny blues to soft oatmeal, and combined with a rustic speckled stoneware clay to create a flecked bird egg effect.

She looks outside of the city for inspiration, particularly to the British countryside and coastline and aims to create simple yet beautiful pots very much influenced by Japanese and Scandinavian ceramic aesthetics.

Emily discovered ceramics in her late 20’s, after working in arts marketing for many years she became frustrated at the lack of creativity in her job and decided to return to college and study Ceramics. Instantly falling in love with traditional method of throwing, she began making wheel thrown tableware. Loving the ability to combine beauty with function, she makes ceramics that are intended to be used and uplift everyday life.