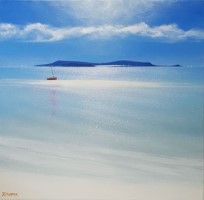 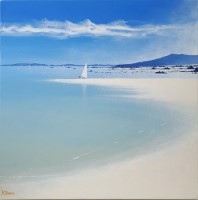 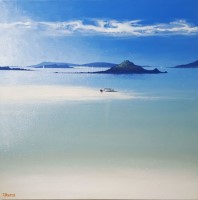 Samson and Plumb Island from Tresco 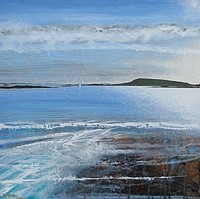 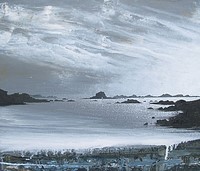 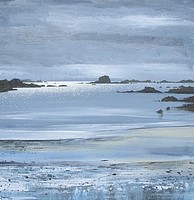 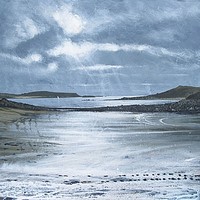 A fifth generation Scillonian, Richard lives and works on Bryher, Isles of Scilly. He paints the sea and nothing but the sea around Bryher, capturing the clear waters and skies of the island in powerful cobalt blues, clear azures and luminescent turquoises. He works in acrylics mixing his own colours and applying the paint freely on canvas with a palette knife to achieve depth and texture. Whether at home or in the studio Richards favourite occupation is watching the sea - the outlook is never the same, sometimes it can be a calm quiet day and the sea will wash over his garden wall. For him the fascination is the unpredictability of the sea, sky and shores of Bryher, of which he never tires.